“Hey, Vicky….Look What I Just Found!” 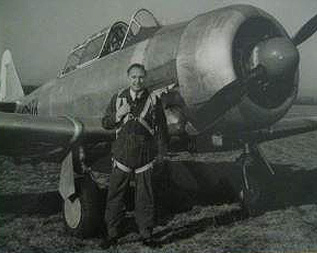 It felt a little weird to write “Daddy and his favorite Fokker under the Facebook picture, so I  settled on “Daddy and his favorite toy”. Next to my mother and myself, that plane was my father’s pride and joy. Years after he graduated from that to a sleeker Cetabria – which became OUR toy – he kept the prop to that plane. I suppose he planned on putting a clock in the middle. I don’t think he ever really made up his mind.

For a while the prop sat in his photography darkroom in our basement. I can still remember the chemical smells signaling that my father was beginning the developing stage of his pictures. Curled up in a half-round orange-red love seat in his darkroom, we would talk for hours while my mom cooked and baked upstairs. Everything had to be made from scratch. To her it’s like magic. Finding exactly the right combination of ingredients to make smiles appear on people’s faces. Pierogi, golabki, chrusciki, babki, makowiec…her list of masterpieces are endless.

My mom’s house has become a storage warehouse over the years, for all the things I have needed to get rid. Stuff I didn’t “have room for at the moment”, or was just too sentimental to throw away. Now, almost a year after my dad passed away and with the move to either Myrtle Beach or the Cape nearing, we are slowly going through his things.